Every new beginning comes from another beginning’s end.”
~Seneca

Blaine and I met in school, I was 6 and he was 7. He had gotten into trouble, again, as so often, and even to me at that tender age it was clear, he needed help. I lived with my mom in a small home at the outskirts of Windenburg, my father had long passed, I took Blaine home, Mama agreed and soon, Blaine had become a fixture at our home.

Until things got weird between us once puberty hit.
I never would have guessed it then, but Blaine started liking me a lot more than just as a friend, tried hiding it, but his temper – fueled by pubescent hormonal rages – flared up so badly whenever another boy as much as smiled my way, causing lots of issues. I used to accredit it to his usual hot temper, never would I have believed otherwise then. 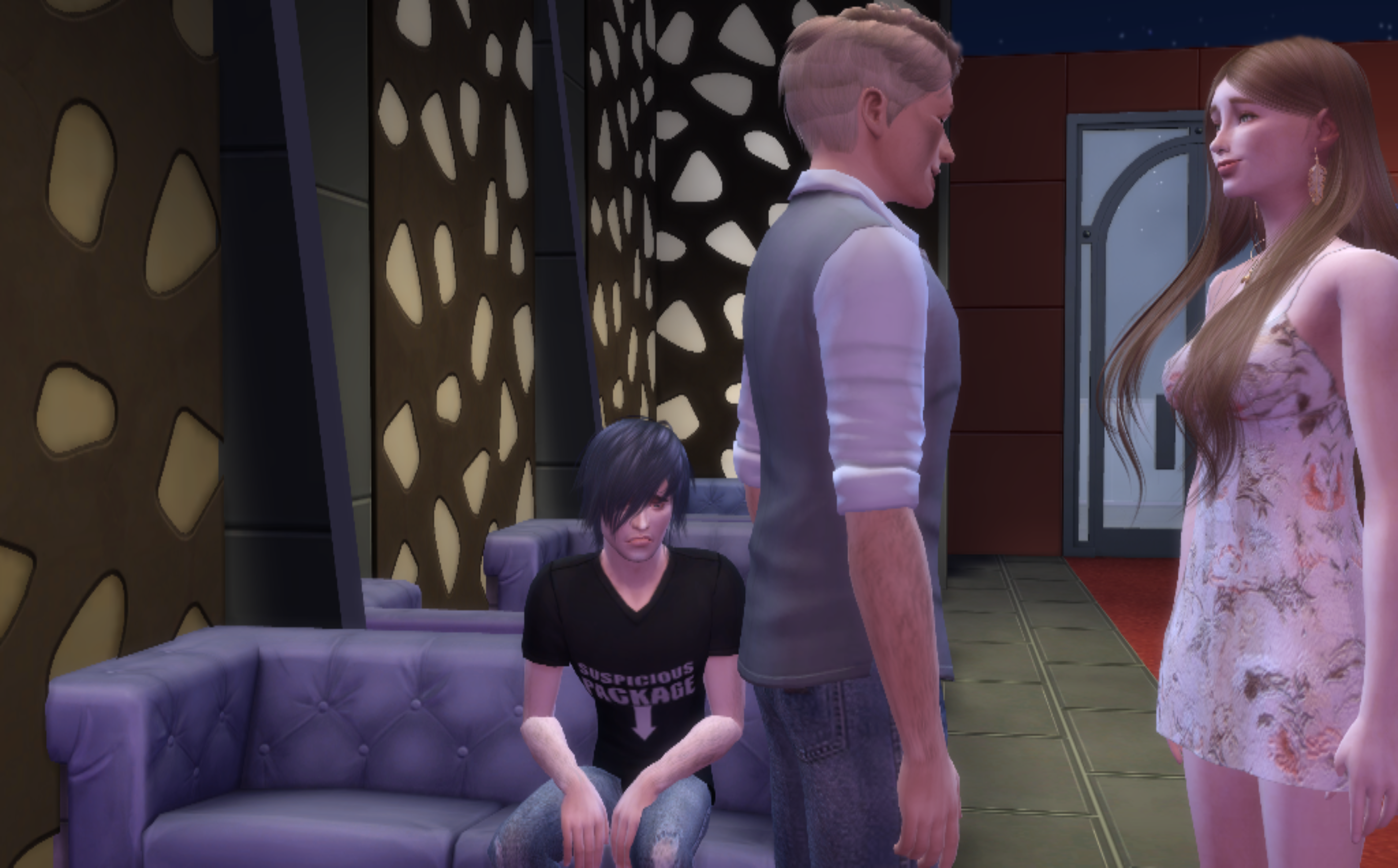 He also was so grateful to Mama and me, so out of respect he didn’t want to act on his feelings about me, even at 15 he had the reputation of a womanizer and just didn’t think he was right for me. Unbeknownst to him, I was fighting my own crush on him, too shy to let anyone know and feeling too plain to be able to keep his attention, after all the experience he already had while I had … none. He also was more like the brother I never had. 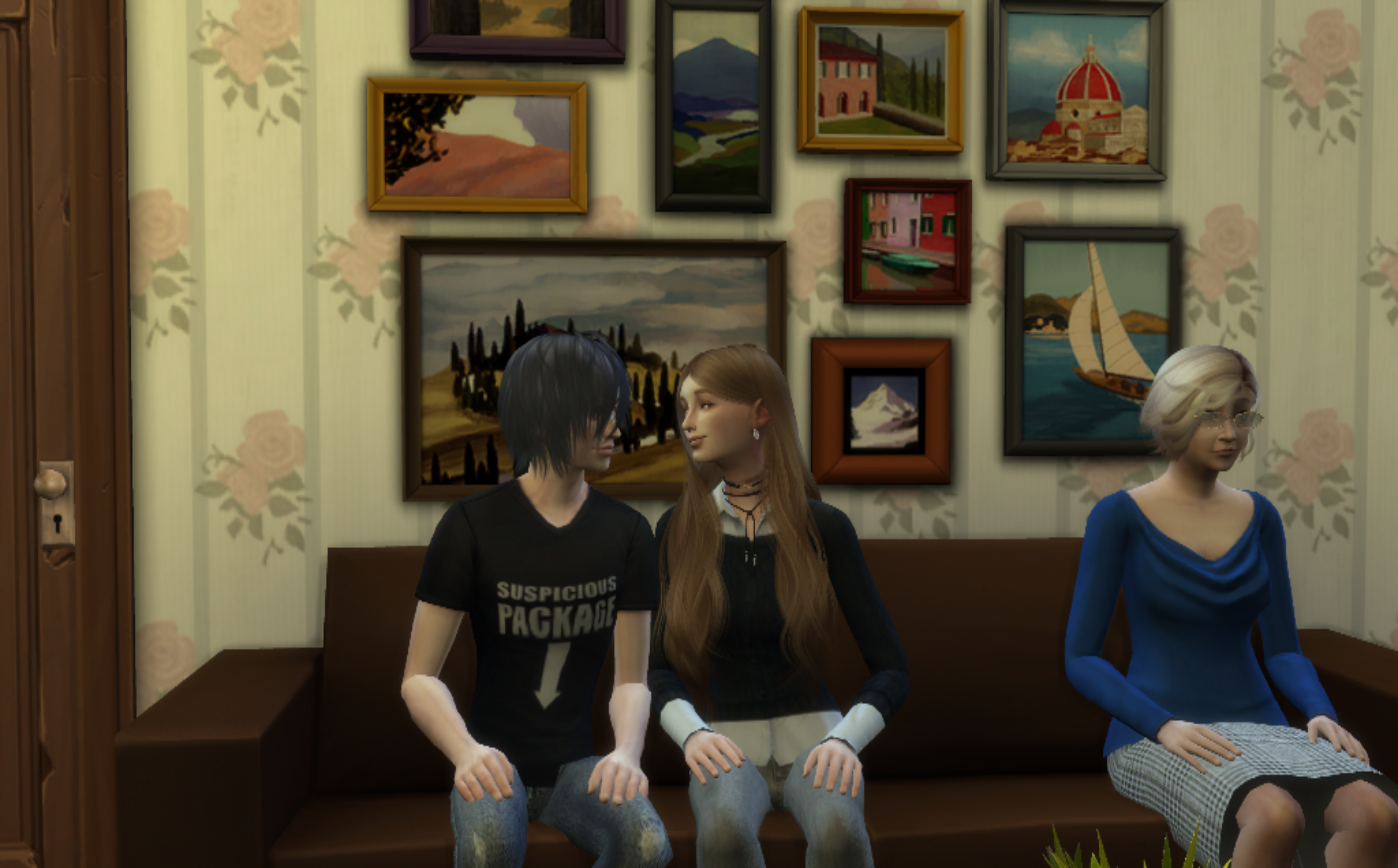 Then one day he was gone.
He had only just turned 18, my mom was trying to help him find a job, when he just vanished without a warning.
Left a note for us not to worry, thanking us, asking not to look for him. Mama and I both knew him well enough to not even try the police. He had always been more of a street kid when not with us, his parents were simply awful and abusive, so he had gotten good at finding his own way and if he didn’t want to be found, nobody would.

Fast forward past graduation, job hunt and my relocation to downtown San Myshuno, because, you know, I was cool and all grown up now and belonged in the city. Ha! I had never been more miserable in my life! Mama had warned me, so now I couldn’t admit I had been a fool. At least not yet. The corporate world was fast paced, unforgiving and really confusing to a country girl like me. I bleached my hair, thinking that would help me feel more – uh – sophisticated. 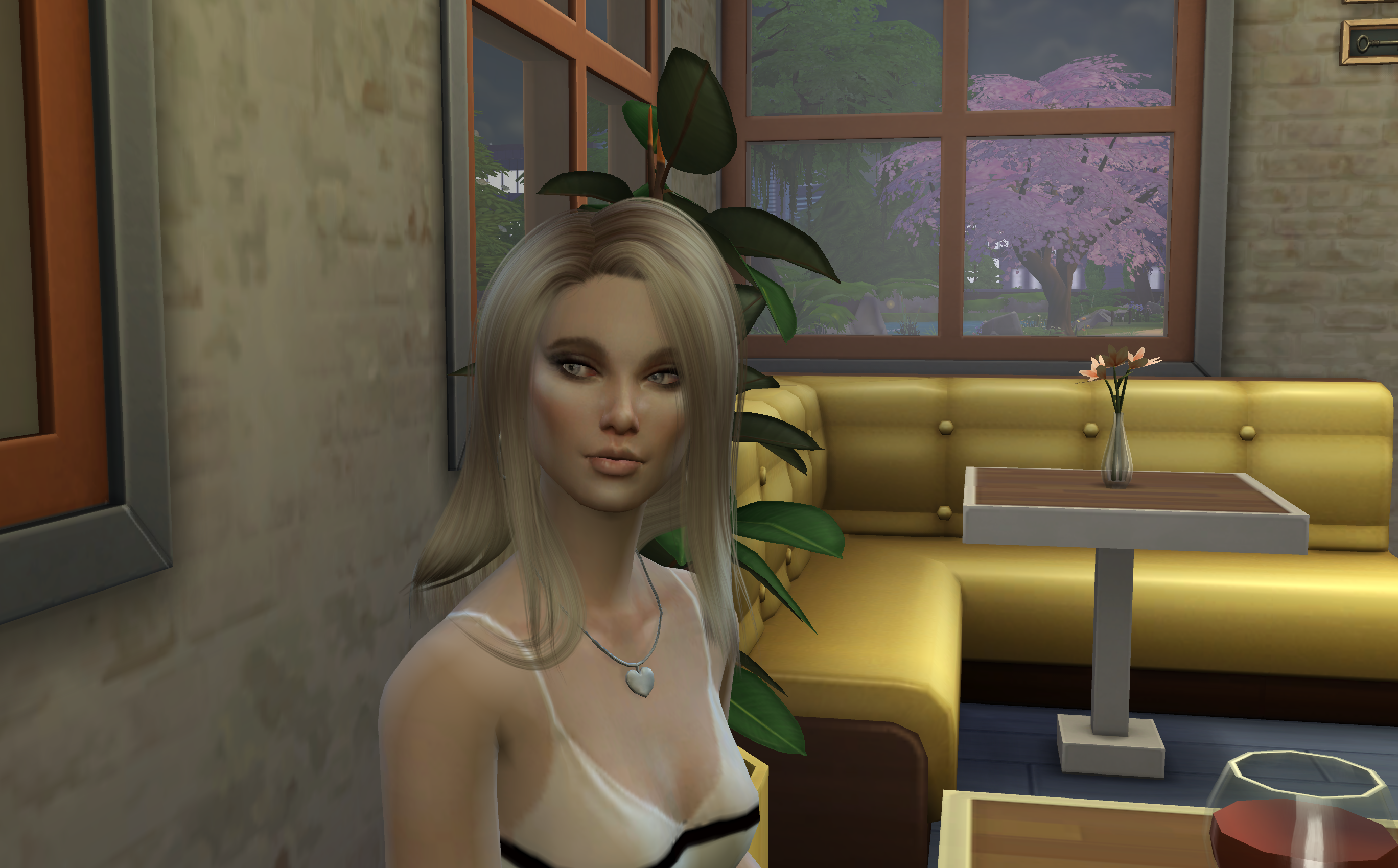 It didn’t change how I felt, but it got me the attention of my handsome boss, CEO and son of the owner of the large financial institution I now worked for. I am going to spare you – and me – the obvious story here, the lowbrow affair, which I thought was a relationship, but he was pressured by his parents to date in his own ranks, and it became obvious whom  he would side with when we had a pregnancy scare. No worries, false alarm, but he dumped me, broke my heart.
Enter: Blaine. 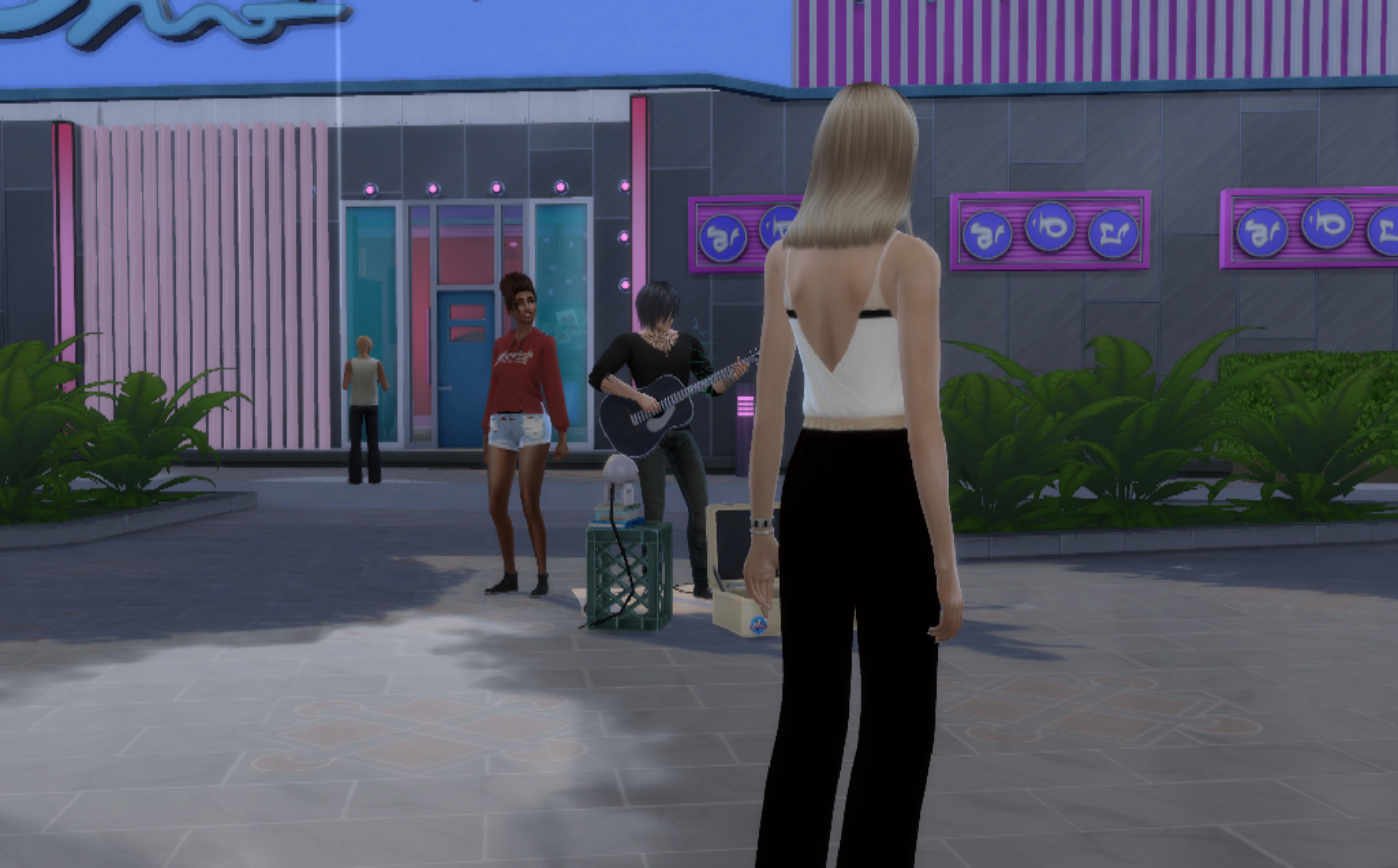 Like a ghost he suddenly appeared before me, playing his guitar for money in San Myshuno, we reconnected, I took him home to my little apartment, told him I wanted to get drunk, ironically he was now working as a barkeeper, and we got drunk together.
Before long, inhibitions were out the window, things escalated quickly. 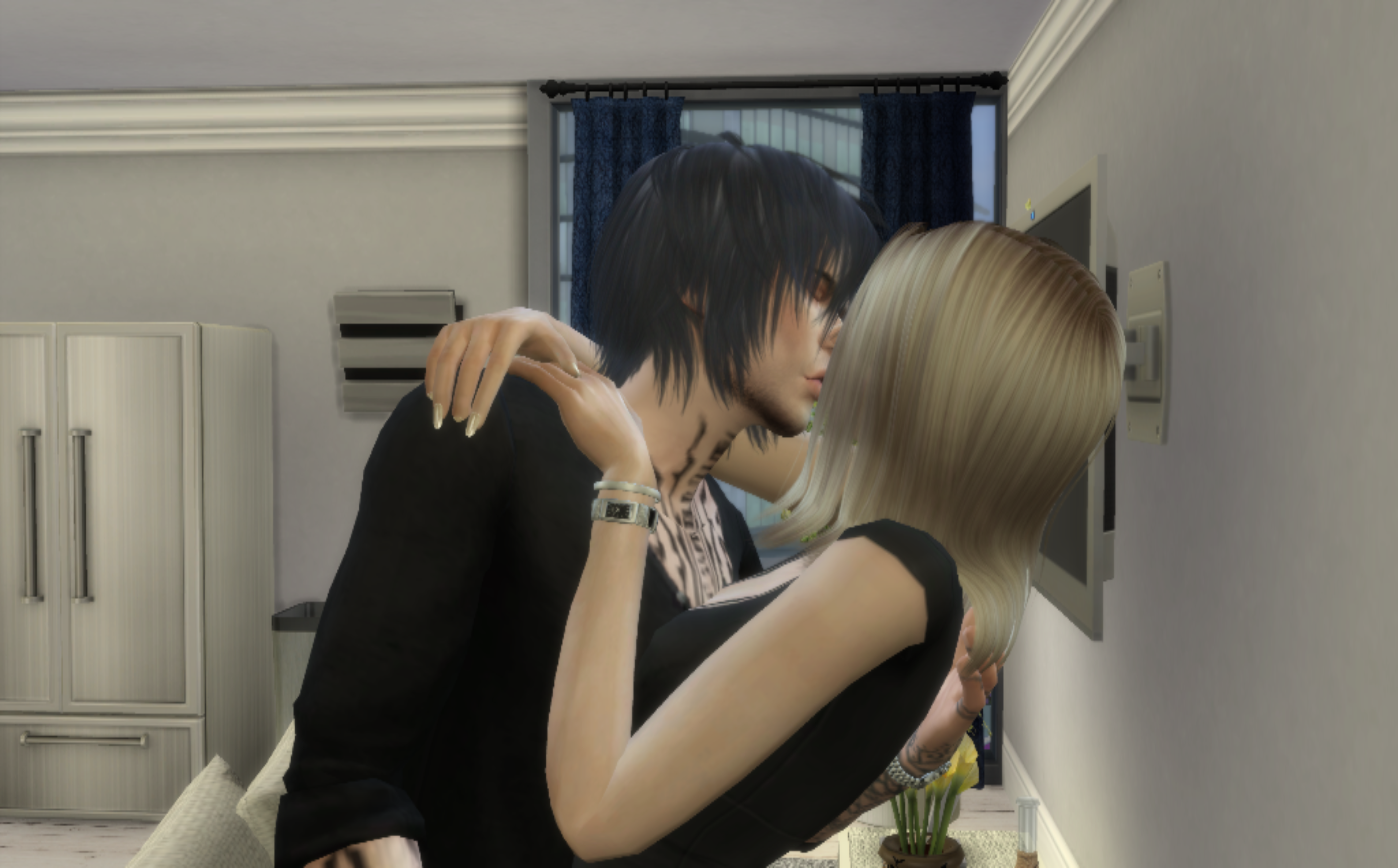 We definitely weren’t as the siblings we never had after this. 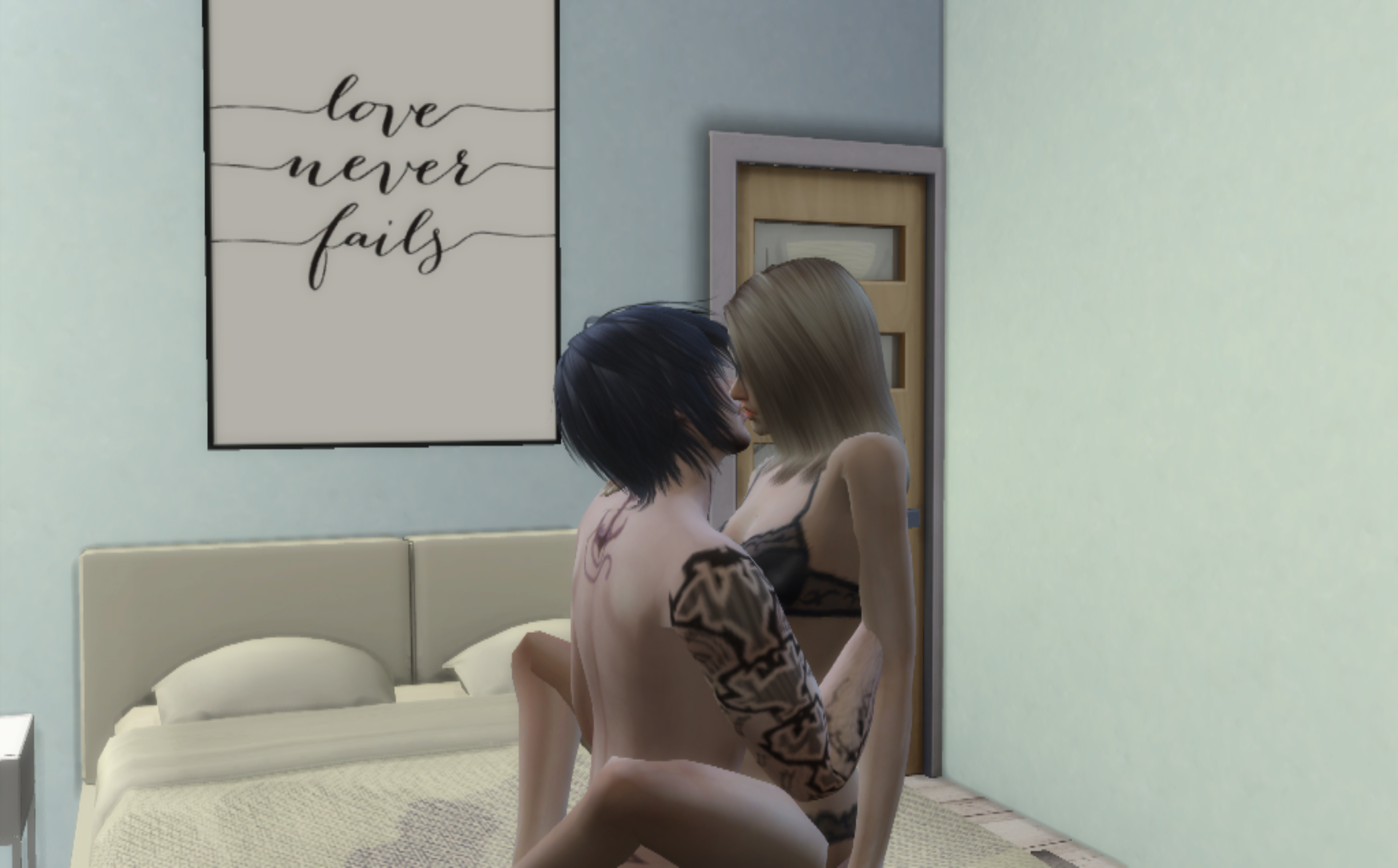 The next morning I awoke in my bed, completely naked, with him next to me, equally naked. Initially I felt guilt, remorse, shock, but then as the first sun-rays of that Saturday morning tickled him awake, he smiled that Blaine-smile at me and suddenly everything was okay. We never talked about it, but were a couple after that night.
I began to ground Blaine and he lured my out of my tentative shell. We completed each other. 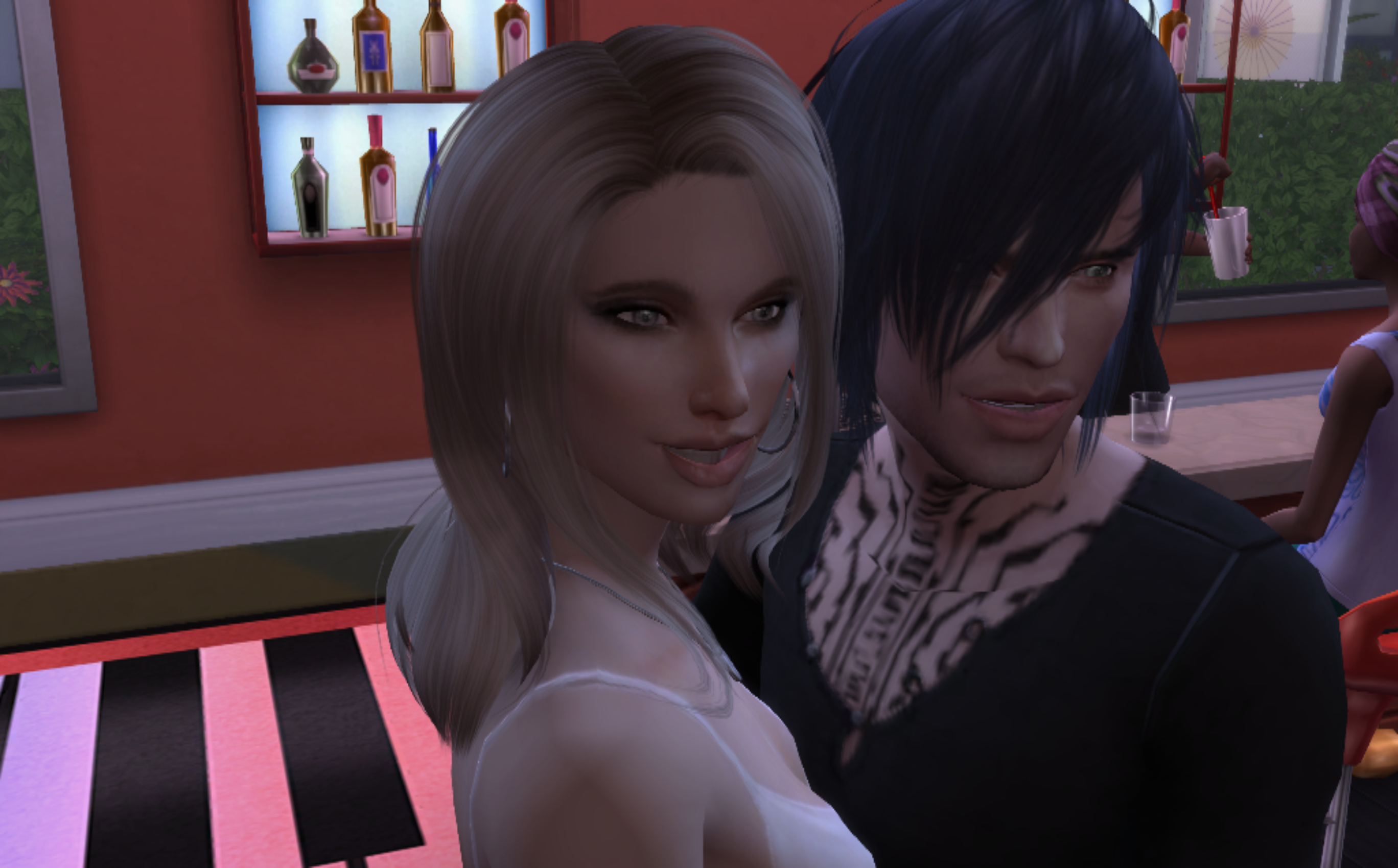 He permanently stayed with me in my tiny apartment, and became more focused, worked nights as a barkeeper and took occasional engagements to perform his true love, rock music. I found a new job as an assistant elsewhere.

Deep down inside I feared he would suddenly just up and leave again, instead one fine day he surprised me by taking me to the sappy romance festival in San Myshuno where he publicly asked me to be his very first official girlfriend!

Before you get all gooey eyed, please know that Blaine’s sense of romance has limitations.
Let me paint the picture for you.
He chose for his big romantic reveal a picnic table we both sat at with burgers and a side of fries we were sharing due to very limited funds, the table stained with condiments, the scent of Sakura tea and hot dogs engulfing us, as we were surrounded by silly music and giggling people with romance on their brains. Now we joined their ranks, giggling for no apparent reason, kissing, making out, doing the obligatory new couple selfies.

This was us, unconventional, poor as dirt, but so much in love. Yes, mutual. I just could tell Blaine shared the same deep feelings for me as I did for him. 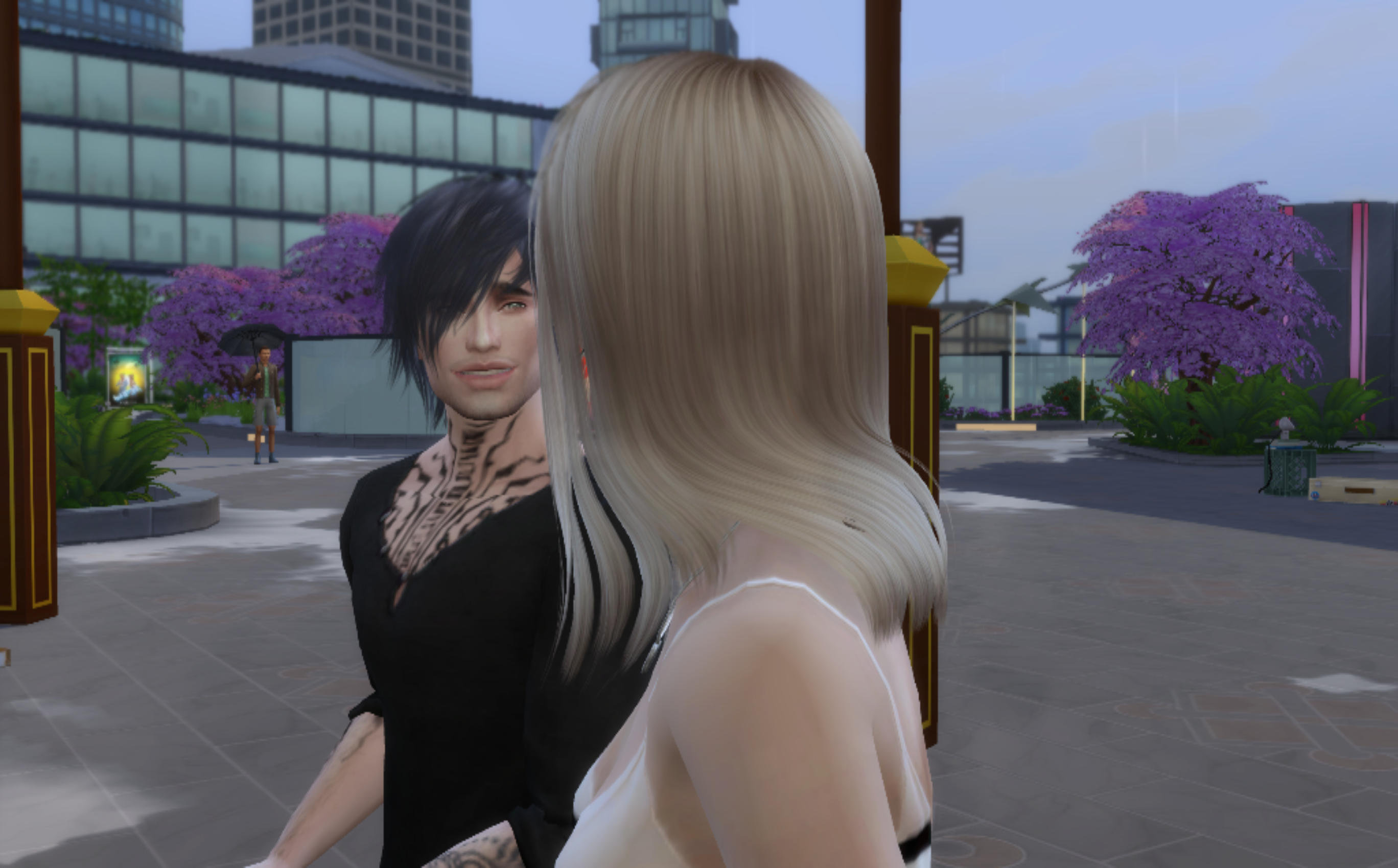 I didn’t care where and how he asked me, just the fact THAT he felt it necessary to milestone this point in our lives and actually say it was everything.
To me, that was the most romantic thing I had ever experienced, and Blaine had a way about him that could always make me weak in the knees without him even trying.
Also, to mark how special this was, if that wasn’t clear by my description of his lifestyle, Blaine wasn’t the relationship type. He never had a girlfriend, honestly, I have never known him to stay with the same girl longer than a few days.
Blaine did have one request though he felt entitled to make, now that we were a real couple. He hated the bleached hair on me so much, that he asked me to grow it out to my natural dark blond lengths again. I had no problem with that, the bleached hair felt wrong and only reminded me of that terrible affair with my former boss.

Ever since the day we became a couple, we have lived – together – in my tiny apartment in the Fashion District of San Myshuno, in walking distance to both, my work as an assistant in a large office, and the bar Blaine works – and sometimes performs. 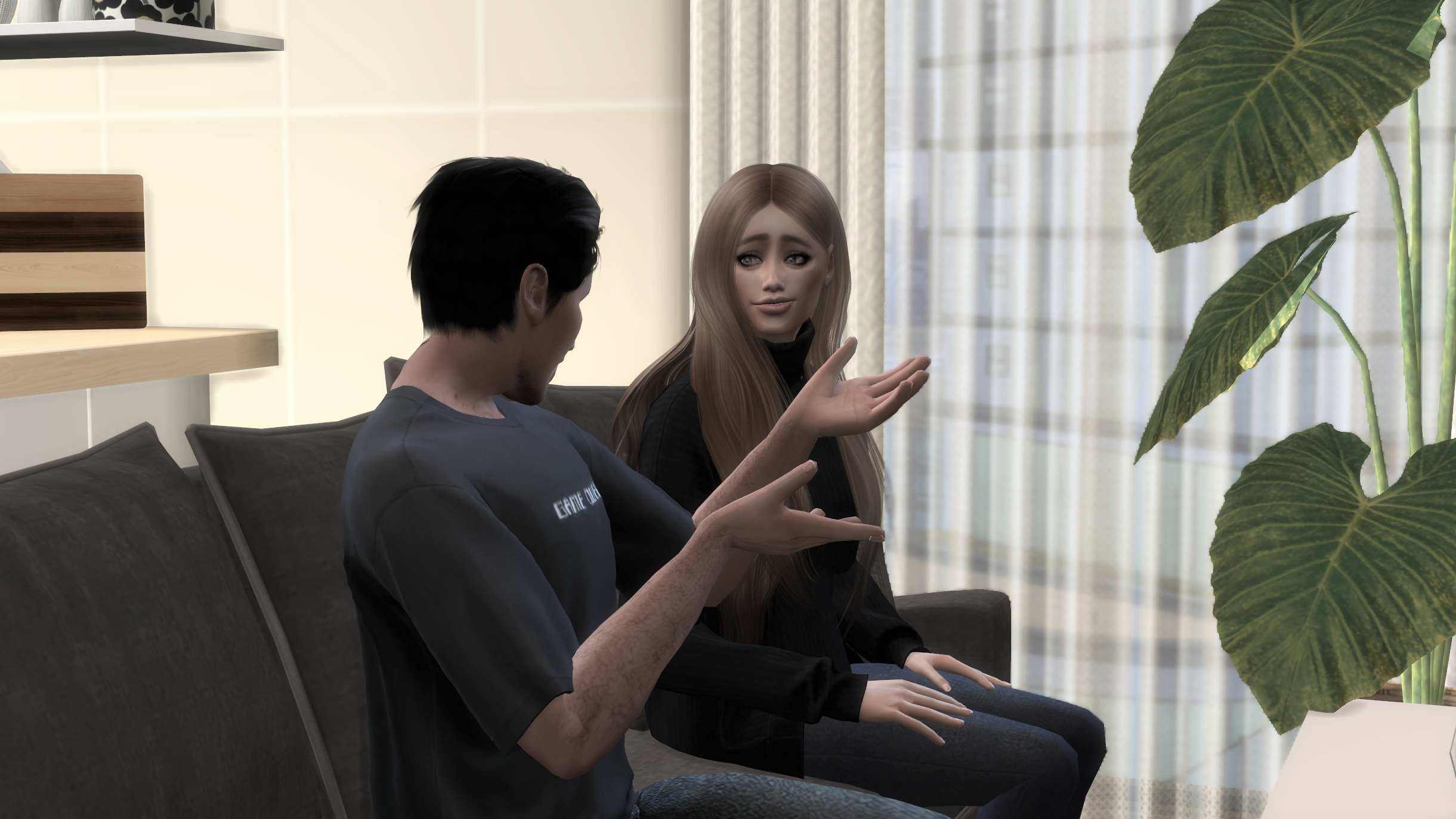 And this is where our story begins …